According to 2018 MOU between COLA KKU and National Research Center of Cultural Industries, Yunnan University, Kunming, Yunnan Province, China, both institutes have agreed to exchange staff. Lecturers of Yunnan University are now pursuing doctoral degree at COLA KKU and are conducting research. To extend further cooperation in the near future, COLA KKU’s administrators consisting of Assoc.Prof. Supawatanakorn Wongthanavasu, Dean of COLA KKU, Assoc. Prof. Peerasit Kamnuasilpa, the former Dean who is the founder of COLA KKU and Counselor for Research and International Affairs, Dr. Sirisak Laochankham, Assistant Dean for Research and Academic Services, and Dr. John Draper, a lecturer of COLA KKU, visited Dean, administrators, and lecturers of National Research Center of Cultural Industries (NRCCI), Yunnan University on June 10, 2019 to discuss further cooperation.

After the meeting, both institutes have agreed to develop exchange project into the form of co-working orientation, such as research partners and co-host of training program for policy setting authorities.

Administrators of COLA KKU were invited to give a special talk for lecturers and students of Yunnan University. Dr. John Draper gave a talk on smart city development in ASEAN. In addition, COLA KKU’s administrators attended the meeting to discuss with Center of Thai Studies (CTS), Yunnan University, about developing research projects and analyzing Sister City Policy between Thailand and China with financial support from bilateral agreement. CTS is the Think Tank providing advice on policies about cooperation between Chinese government and international countries, coordinating, collecting suggestion about policies that have influence on political, economic, and social aspects of China and allies.

Administrators of COLA KKU had an opportunity to discuss with administrators and lecturers of School of Public Administration, Yunnan University. Pedagogical methods emphasize on research, teaching, political service, state administration, and public policy. It offers bachelor’s to doctoral degree, and students are both regular students and governmental officers. In general, its curriculum are similar to those of COLA KKU, so this can lead to cooperation in the near future. At the beginning phase, there will be exchange program for lecturers and undergraduate students attending short-term courses that students can collect credits and transfer them to their own universities. Further detail will be announced later.

After having the meeting with Institute of National Research for Cultural Industries, Yunnan University, the host took COLA KKU’s administrators to Kunming International Flora Auction Trading Center, the biggest fresh flower market in Asia and the second biggest in the world. This market has employed the concept of one village, one product (OVOP) of Chinese government. Flowers from farms all over Yunnan Province will be taken into the market systematically. This center is state enterprise that sells flowers to both domestic and international markets.

Assoc.Prof. Supawatanakorn Wongthanavasu talked about visiting Kunming, Yunnan, “Art and culture of each ethnic group do not only reflect its identity, but also represent as “Soft Power” in some countries like China. Moreover, they can reflect the greatness in another dimension. This can lead to friendlier attitude of foreigners towards China. Art and culture can also be factors of investment, so Cultural Ministry of China is an A-grade ministry. COLA KKU administrators were granted opportunity from National Research Center for Cultural Industries to experience the show of Dynamic Yunnan, and Yunnan Province has the largest diversity of people because there are over 25 ethnic groups living here.” 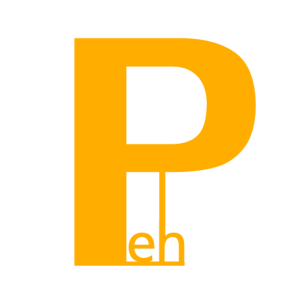 KKU targets national road safety by joining other 6 institutions, aiming at reducing deaths from 32.7 to 12 per one hundred thousand population